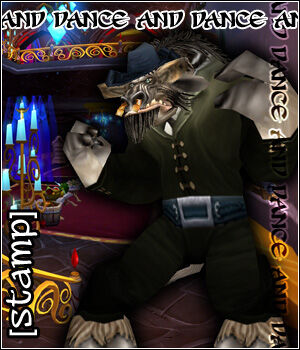 Stamp is known in the real world as Wes Platt, a developer of text-based online RPGs and a writer for Icarus Studios' new Fallen Earth MMORPG. Although he's a native Floridian, he now lives in North Carolina and spends his workdays sitting in the same room as Kormok and Anansi, helping to create a post-apocalyptic world full of mischief and mayhem. It's about as fun as it sounds!