Focus/Mindset: The Stormwind Guard is a guild for players wishing to RP characters that are city guards. Our aim is to enhance the roleplay atmosphere of Stormwind, not to harrass or lord over some special power over any other character.

Requirements/Restrictions: Uniform restrictions require all hopefuls to be over level 5 to apply. We are looking for active members only. Members who have not logged on in a set period of days will be removed.

Other Info: New recruits must be able to handle/tolerate IC opposition that they get for merely being a Guard. Much of the Guard's roleplay is based around GHI: While not required, it is highly recommended that members download the addon.

Captain Drisk has been called off to war, leaving Josietta Anderson in his stead.

Due to an influx of immigrants, the Guard has moved its headquarters from the Command Center to the Keep. Prisoners will now be taken directly to the Stockades.

New changes are in place within our guard manual The guard is currently cracking down on it's ranks, as well as crime within the city of Stormwind. Note that there will be zero tolerence for slovenly guards, drunken brawls, or naked female night elves.

As of the month of September, 2012, the Guard has merged with the Conjuers Court to form a Guild called The Alliance Protectorate. Their leader is still Kelsus, and Flixle Sparkspindle is second in command, but first in command for any Guard based events.

In 2013, the Guard have once again broken off from the Alliance Proectorate, after a series of OOC arguments and events happened within the Guild, the Guard has reformed into the Stormwind Guard once more, it is still under the command of the Honourable Captain Flixle Sparkspindle.

In 2015, the Guard has given new leadership under the command of Captain Molly O'Reily. Second in command has been given to 1st Officer Ravenholdt.

Please see our guard manual for details on the Guard's structure, promotions, drill and battle commands, and general instructions and policies. Note that the manual may be outdated.

“Men like Corporal Nobbs can be found in every armed force. Although their grasp of the minutiae of the regulations is usually encyclopedic, they take good care to never be promoted beyond, perhaps, corporal.” -- Terry Pratchett, Guards! Guards!

All recruits will be given a thorough physical examination to ensure that they are not a half-demon, overly insane, or unfit for service.

Joining the Guard should be completely IC, or as much so as possible.

To apply to join, send an in game application letter to Forlex, or any in game officer of the guard. Please explain why you think you would make a good guard in your application.

Things that will help you to succeed in the interview include, but are in no way limited to:

1) Good spelling and punctuation – these are essential for the appearance of a guard!

2) Not taking a year to respond to the questions (Keep whisper conversations to a minimum, maybe sign out of MSN, don’t wander off to get coffee… these will help you in the long run!)

4) Be original! The Guard is supposed to be a misfit of all varieties of character. We therefore aren’t looking for a standard guardsman with no personality… think of something to make your character an individual!

5) Do not take yourself too seriously. Humour is not frowned upon in the guard, however you are expected to be able to do your job ICly just as everyone else.

By turning up to the interview, you accept the following terms and conditions.

The interviewer's decision is final. Arguing IC simply wont help your chances of a future application being accepted, arguing OOC will finish any chances of it, and likely get you ignored. 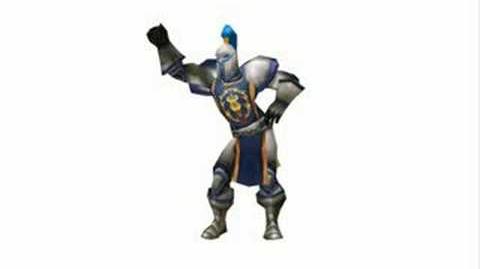 Cuddy had only been a guard for a few days, but already he had absorbed one important and basic fact: it is almost impossible for anyone to be in a street without breaking the law. (Terry Pratchett, Men at Arms)

Guidelines for interacting with the Guard[]

If you would like to interact with The Stormwind Guard please view our guidelines at: