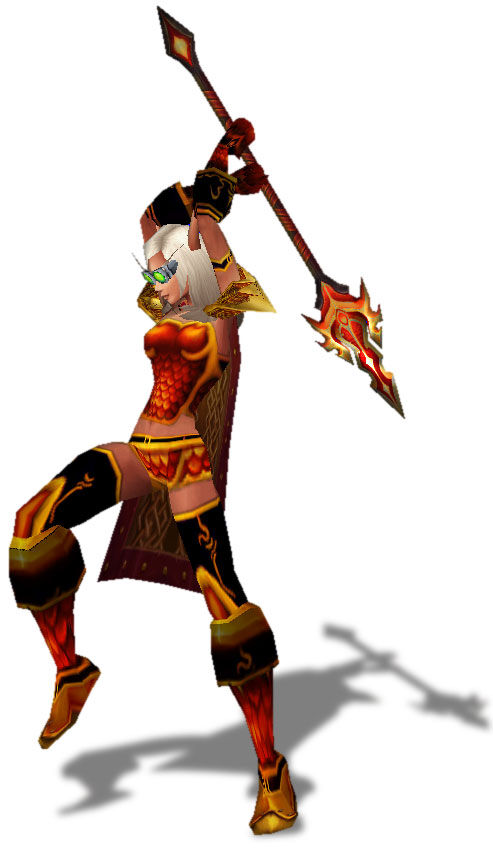 An Amazon by most standards of height for her race, Tenebrai is also unusually dark-skinned for a Sin'Dorei, this sets off her platinum blonde hair and jade green eyes. Much of this has to do with her heritage.

She carries herself proudly, back straight, walks tall, and speaks firmly. She is not so soft or waifish as many Sin'dorei women either. Her firm resolve is matched by the durability of her frame.

A space for related, but arguably out-of-character information regarding Tenebrai.

Tenebrai TEN-ebb-rye - A play on the latin "tenebrous" which means shadowy or cloaked in darkness. The name was at first used for a Night Elf Character, but became something of an intentional Irony when I reapplied it to a newly rerolled Blood Elf Paladin.