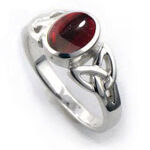 Nerit is a monastic scribe in the Cathedral's scriptorium. Her technical position is "monial," or nun, but she is also a hieromonach, performing priestly duties when it is needed (such as guidance in prayer or marriage ceremonies). Several times she has been a spiritual guide for those who wished to reconnect with the Light and/or religion.

As implied above, Nerit is efficient in writing and reading in Common and Old Lordaeronian. She is also proficient in herbalism and potion-making (though one could not call it higher 'Alchemy'). If one is perceptive enough, Nerit always has 'something' up her sleeve.

Generally quiet and inquisitive. A pacifist. However, she has a tendency to become irritated or frustrated; she does not have limitless patience as should be expected of priests of the Light. Nerit is often described as more liberal than her colleagues, but she does not - openly or otherwise - oppose the more conservative organizations and followers of the faith, such as the leading bishops. She is not what one would call "agapeistic." She is not warm unless in exceptionally good company.

Nerit has become accustomed to the inane chaos of Stormwind City. More often than not, she is cynical and petulant, but willing to heal those who do not insult her. When inebriated these traits become enhanced, and she is even prone to violence.

She is incredibly secretive about her origins and history. Few know many of Nerit's secrets, and none know herself fully.

Despite this, Nerit is, in fact, a holy practitioner.

Born in the North, c.595, to a priest and a maiden, Nerit was brought up in a strict household. However, she was very close to her mother's sister and spent much of her time with her. Her older brother, Danel, encouraged by their father, was recruited to join the devout paladins. She never saw him again.

Circa the whisperings before the Third War, she was sent to Northshire Abbey for a good priestly training. After spending several years there, she was given exeat and transferred to Stormwind Cathedral, where she now resides in the cenoby.

Much of her time is spent either transcribing and copying texts of old as traditional monks do, or doing independent research. To the public ear, Nerit rarely if ever brings up her past, more inclined to let things lie as they are.

Several times, Nerit disappeared from Stormwind. It is rumored she was under Inquisition by Lord Inquisitor Ewane, but that it was lifted soon after. She was seen once in Forest Song before the duel of Ananaias and Draymar, dressed all in red. The nun then fled with the mage's bodyguard, Charyutri, after his death. Nerit's supposed draenei secretary, Tandri, could be seen in public during that time. However, Nerit soon returned to her duties in the Cathedral. After caring for the plague-infected, Nerit shipped out under the banner of the Argent Dawn. Several months later she returned, without the Argent tabard.

The nun is in Stormwind. Doing who-knows-what as usual. She is a public member of the new guild, the Aegis of Olethros.

Elior approached and put a large hand on his daughter's head. "The ship arrives."

The two made their way to Southshore's docks. With one small chest to load, it wasn't long before Nerit was onboard the merchant ship, waiting for the fishermen and traders to finish their business.

Aislin dropped to her knees in front of Nerit. They embraced. "Darling, your Aunt wanted you to have this," her mother whispered. Nerit felt something small and round pressed into her hand.

As her mother stood, she added, "Do not let your father see it." She looked down to see the silver ring with the garnet stag held in her fingers. She glanced up and watched as Aislin smiled at someone behind her. Knowing that look, Nerit did the only thing she could think of: she popped the ring in her mouth and held it under her tongue.

"What is your name, child?"

"Nerit. Nerit..." she paused, then clenched her jaw and looked up at the man. "Nerit Doherty."

The priest skimmed over the scroll she had given him. "It is written here you are from the Raycroft family," he said in a questioning tone. "My name is Nerit Doherty," she persisted, and twisted the silver ring around her finger.

Their eyes met. Then the priest nodded, dipped his quill in a nearby inkwell, and wrote down the name in an open book. "Welcome to Northshire Abbey, Nerit. We will begin your training tomorrow."

(Pick out friends and foes as you will)