Maliya is the infamous nymph between the druidic community, sleeping with almost every man that is silly enough to not know of her. Yet immature and lacking in self discipline Maliya has a motherly air about her, caring for those who are ill and less fortunate. Maliya prefers not to form friendships with females of her kind, instead she tangles with Men for both sexual and friendship purposes. Even though Maliya is a night elf, she prefers not to be involved with the battle between The Horde and Alliance, her output on situation is; They all should just make love and create a next generation *giggles* 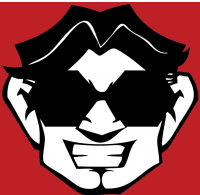