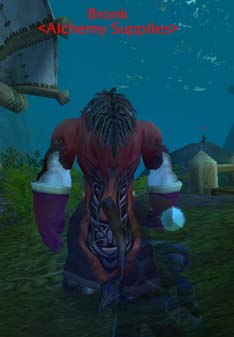 Her eyes closed. Her breathing slowed. She began the counting. It was the only magic she had ever been able to use and it took all her concentration. She felt the cool green of the forest play across her skin, teasing, calling. When the moment was right, she inhaled sharply, taking in the essence of Ferelas and becoming one with it. Her small form melted away until she was green leaves, rotting logs, buzzing insects.

She crept forward, no more then a passing breeze, to survey the scene. Two on the road. Four at the gate. No easy way in through the front door. Circling around, she found another path. She was the rocks. She was the ferns. Then, she was in the camp.

Fortune smiled and she found her target quickly. She forced her heart rate to slow, her emotions to calm. "No one has to die. He didn't say that anyone had to die." She was the evening shadow. She was the soft moonlight. She was behind her mark.

He was picking through dried roots, his eyelids heavy with the late hour. His musky scent filled her nose and he swatted at his flies idly. He didn't feel the tiny hands at his belt pouch. He didn't notice that the coins resting there were removed and a small insignia was left in their place. He wouldn't know until it was too late.

Behind the tents, past the watch, into the stream. Swimming for the shore near the road. She ran until her breath was short, her heart pounding. She found the spot where she had left the mechanistrider. She mounted and was gone.

Hours later, she placed a package addressed to Grey Tiger Shipping, Booty Bay into the mailbox outside the Inn at Gadgetzan. The handful of coins jingled merrily against a letter that contained only two words - Job Complete.

Retrieved from "https://earthenring.fandom.com/wiki/Job_Complete?oldid=3746"
Community content is available under CC-BY-SA unless otherwise noted.