The following is a classified SI:7 dossier filed one year ago. It has not been updated since, and may be unreliable. Herein lies all of the information available to you at your clearance; maximum clearance will be required for full access. We remind you that any modification, removal, or transcription of this document means your imminent doom. 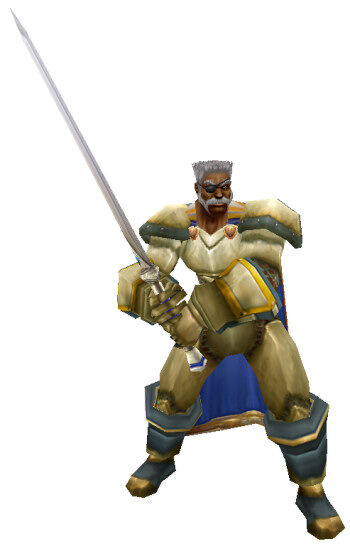 Homeland:: Unknown. Not native to the Kingdom of Stormwind.

"Jaero the Grim" has been determined to be an alias. According to our records, there was no one matching his description or name present prior to three months ago.

Although he has often been sighted within the city walls, intelligence regarding his business has thus far been inconclusive. He practices no profession or trade. Following his appearance several months ago, he has been seen in every region of the Kingdom, as well as many of the lands to the north (including Khaz Modan and Lordaeron). First contact began in the southern jungles and in Duskwood.

It has proven very difficult to gain intelligence on his affairs. He is ever on the move, and is particularly effective at evading detection.

The following is a list of all known affiliates of Jaero the Grim. We have been unable to determine his relationship to many of them. They are all in his close confidence and believed to be invested in his dealings. [See Anduin's Faithful]

After observing the individuals on this roster, we have been unable to identify any alarming precursors that may preempt a threat to the safety of the Kingdom of Stormwind; quite the contrary. While Jaero's behavior is clandestine and suspicious, many of the peasants and troubled citizens hold him and his associates in high regard.

It is worth noting that the above roster is composed of individuals who for the most part fall into one or more of the following categories: they are of the same generation as Jaero, they have been discharged or dishonored, or they share some other undetectable bond with him. Several of them at one time or another have gone into hiding and fell off the map for some time, including Jaero the Grim. Further information is unavailable.