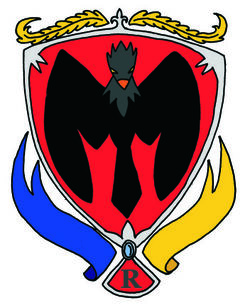 ► Human, Male -- Est. 22 years old
► Known as Allegro to the residents of House Ravencrest, he is a young man in his middle twenties. He has been a page, serving Gospel Lightfaith in her duties as a Medical Supply Officer, but his "real" occupation is unknown. He is fiercely loyal to the House and its Lady and would not betray them under any amount of duress. He is also very solicitous of Gospel's well-being, oftentimes chiding her or giving her unsolicited advice to take better care of herself.

► Allegro serves as the household retainer, chamberlain, and majordomo when the Ravencrests are away. He is usually the first person people encounter when visiting the Ravencrest estate.

► Dwarf, Female -- Est. 40 years old (human)
► Bryndi serves as the household cook for the Ravencrest family. Originally a mess sergeant for campaigns in Alterac Valley, she was wounded when a skirmish rolled through the reserve encampment. Corran came to her rescue and she has vowed to serve him ever since. She tends to favor her right leg, which was crushed by a tauren's kodo during the skirmish.