The Crimson Hounds Brigade is now The Stormwind Guard, please look for the guild under its current name.

Recruiting Status: Open for Warriors, limited space for other classes.

Focus/Mindset: The Crimson Hounds Brigade is a unit of the King's Army ( Stormwind). Hounds come from all walks of life and form a bond as soldiers and guards of Stormwind. Our duties are to defend the Kingdom against threats without and within, and to enforce the King's Laws.

Requirements/Restrictions: Must be able to participate in operations in the Hellfire Penninsula, at least.

Raiding/PvP Interest: Instance runs on occasion through dungeons level 40 or below. High-end instance runs usually done with help from other guilds. PvP encouraged (we ARE soldiers, after all), but not a requirement.

Other Info: New recuits must be able to handle/tolerate IC opposition that they get for merely being a Hound (or Kiiyue's rudeness for some new recruits).

The Brigade was ordered to test the rear lines of the Burning Legion at the Portal. Of particular interest was to get a sense of the strength and abilities of the elite demonic troops guarding the area directly behind the Pit Commander at the Portal. Continue reading the report at Crimson_Hounds_Reports. 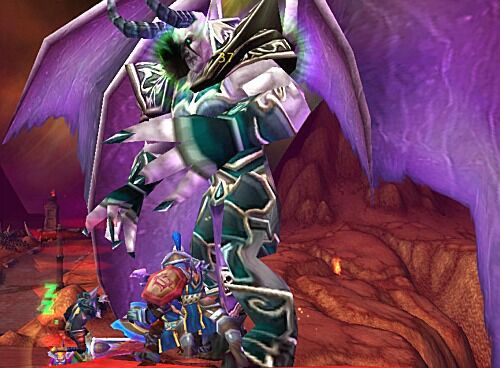 The Brigade arrived to Honor Hold today and has quartered at the Keep. While in Honor Hold, the Brigade will assist with defending the stronghold, conduct patrols, and secure routes to Zangarmarsh and Terokkar Forest.

The Sons of Lothar have allowed the use of the Keep by Alliance forces. The Brigade has use of the bunk room, kitchen, pantry, armory, the dank dark basement, and the co-ed showers.

Soldiers of the Brigade were introduced to one of the Fel Reavers up close and personal like. Sergeant Wendall was caught under the foot of the foul construct, but survived the ordeal mostly intact.

What doesn't kill you makes you stronger, and probably will leave permanent injuries and scars.

A dinner will be held at Honor Hold tomorrow evening to celebrate the Brigade's new posting.

The Brigade reactivated on Sept. 19, 2007, with the reincorporation of several veteran members. The Brigade's mission has changed from law enforcement and city garrison duty to front line military duty. Currently the Brigade is packing up and moving to a new barracks at the Keep in Honor Hold.

The Crimson Hounds Brigade is a front line brigade of Stormwind and consists of battle-hardened full-time regular soldiers. Brigade soldiers tend to be rough-necked, foul-mouthed, and ill-tempered from too many hazardous duties, such as latrine cleaning. The Brigade is charged with defending the Alliance territories, conducting missions abroad, and protecting Stormwind’s citizens and interests.

Shock Troops – Melee specialists such as warriors and paladins;

Battle Mages – Arcanists and summoners who cast deadly spells at the enemy;

Special Ops - Sneaky gits that love to get the enemy's rear.

Cook – An army travels on its belly. This soldier is able to throw pots and pans with deadly accuracy, and his chili is a weapon of mass destruction.

“Men like Corporal Nobbs can be found in every armed force. Although their grasp of the minutiae of the regulations is usually encyclopedic, they take good care to never be promoted beyond, perhaps, corporal.” -- Terry Pratchett, Guards! Guards!

Privates are the bottom rank of the army, and in the army shit rolls down hill. Believe me you, there’s a lot of shit to roll down that very tall and steep hill. Privates do all the hard work that the higher ranks can finagle their way out of, or delegate. Privates in the Brigade are known for their staggeringly high likelihood of being eaten by Forsaken, trolls or ogres.

This is a Private who has somehow avoided being eaten by Forsaken, trolls or ogres.

The first of the non-commissioned ranks in the Brigade. Reaching the rank of corporal tends to make some soldiers power mad and likely to try to take over the world if not quickly corrected by a sergeant.

Lance Corporals can often be found leading a squad of privates when not following a sergeant about taking notes.

This rank is the mainstay of the non-commissioned ranks and backbone of the Brigade – often a very painful backbone with fused disks.

Like a sergeant, except better and more likely to have the time to enjoy a few beers.

Man! That’s a lot of sergeants!

The Sergeant Major, or “Top”, is the kind of soldier that can make officers tremble. He eats lieutenants for breakfast and burps out fireballs. The Sergeant Major commands the respect of all in the Brigade.

The first of the commissioned ranks. Lieutenants spend their time honing leadership skills and trying not to royally mess it all up and get chewed out by the Sergeant Major.

The officer in charge of breaking it gently to the rest of the Brigade that the General has assigned the Brigade to yet another suicide mission.

Promotions up the rank ladder are based on participation, leadership, event attendance and event planning.

An army unit must act as a team with precision and discipline. Each Hound needs to learn the Brigade commands by heart. Hesitation kills.

All Hounds will form a line one pace away from the commanding Hound.

All Hounds draw their weapons.

All Hounds return weapons to sheathed or holstered positions.

Salute to the Front!

Hounds emote *Stands Easy* or *Moves left foot out and brings arms behind back.*

Hounds form a defensive square around the commanding Hound.

All ranged weapons and spells are brought to bear on the assigned target.

All Hounds find an appropriate spot to hide in.

Each Hound will sound off with his rank and name starting from the left of the line.

Each Hound will turn either left or right.

Each Hound will turn to face the opposite direction.

Each Hound must turn to face the Hound in command.

Hounds begin to move at a running pace.

Hounds go to the given destination as fast as possible and by whatever means possible.

A rude gesture is made at the given target.

Hounds salute the commanding officer and wait for a return salute. After the salute is returned, Hounds leave the formation. 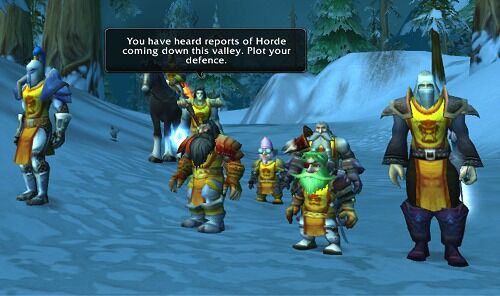 A mission generally consists of travel to a dungeon or other hostile location, with the aim to slaughter the inhabitants for gold or resources. Missions should be documented with a report and picture.

Take a group or team and go kick ass and take names (pvp).

Trainings include uniform inspections, fitness training, combat training, or practicing any army activity. Training can be focused on things such as combat, training with a specific weapon, or how to survive in hostile environments. These should be documented with a report and pictures.

Patrols can be led anywhere around the area of the current base of operations. The patrol should respond to any enemy activity, mingle with and assist citizens, and generally make sure the area is secure. Patrols should be documented with a short report.

Exploring can be done anywhere. It is not necessarily a trip to a hostile location, but rather a journey to enhance knowledge of terrain and the inhabitants of various regions. These exploration missions should be documented with a report and pictures.

Get out your truncheon and find an unsuspecting victim/volunteer to enlist in the Brigade! Report the recruitment effort in the logs.

Rest and relaxation! Take a group of hounds to a tavern and let hilarity ensue. Maybe a picnic or a story-telling session. Folk dancing and singing!

Events that are not military in style, but just as much fun. Fishing contests, races, duels, pearl diving, costume contest, perplex the citizenry, and cook offs are just some examples of what can be organized.

Go to an ogre camp in Nagrand, set up two or more teams, and see which team can collect the most ogre beads in 30 minutes.

"So you wish to enlist in the Brigade? Voluntarily? Seriously? Well, life in the army is not glamorous. Bad pay, bad coffee, long days and longer nights, hazardous duty, a high chance of dying in a horrific yet glorious manner, marching hither and thither, these are all part of army life. But there is no greater honor than serving the King! So sign the enlistment form right here. Pay no mind to the small print. That's a good soldier!"

-- A recruitment sergeant of the Brigade.

All recruits will be given a thorough physical examination to ensure that they are not a half-demon, overly insane, or unfit for military service.

Recruits will need to pass a general fitness test in Hellfire Peninsula (military characters should be near or above level 60).